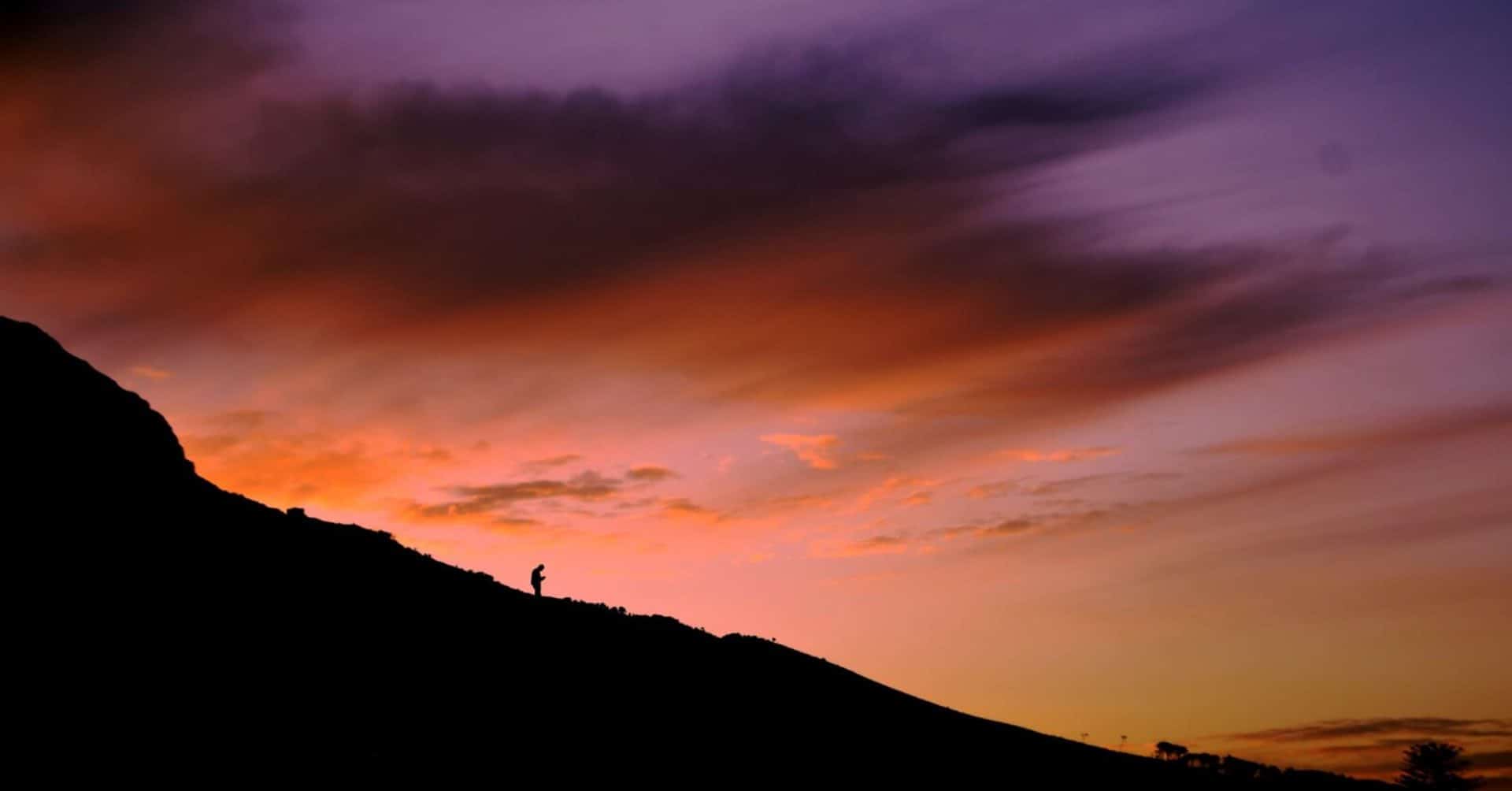 The following are reflections on my white privilege which I posted on social media in an attempt to acknowledge and appreciate the movement #blacklivesmatter. I posted something each day for seven days, not a comfortable experience as I do not usually put myself out there. However, this movement is not about me, it is about addressing our white privilege and so I am sharing these posts here:

I was brought up in apartheid South Africa, a system of institutionalised racial segregation, this was my upbringing, my normal. And although I grew up speaking isiXhosa and understanding and appreciating the Xhosa culture, I confess that I was ignorant and naive throughout my childhood as to what this system meant for people of colour. I know that I cannot undo the wounds of the past but what I can and will try to do is to acknowledge my white privilege and I ask you, my friends to do the same.

And so unlike other recent posts that make everyone feel happy and uplifted, I am proposing that we delve a bit deeper into acknowledging and understanding white privilege. I urge you to read an antiracist book, blog or article, listen to podcast, watch documentaries. Educate ourselves. Have uncomfortable conversations. Just stop, listen and hear without getting defensive and assuming that #blacklivesmatter is an attack on one’s whiteness.

It is up to us to address this issue and so every day for the next 7 days, I am going to post an article, book, blog or podcast that has had an impact on me and made me look deeply into my white privilege.

Day 1, I choose the book “Cry Freedom”, a book that I read when I was 16 years old, wrapped in brown paper as it was considered to be subversive. This book opened my eyes to the reality of what has happening in South Africa at the time.

I am choosing a podcast from Layla Saad’s #GoodAncestor. In this episode she has a conversation with Robin DiAngelo on White Fragility. This concept of being a good ancestor prompted me to do more research and in doing so, I came across these words by Dr. Judith Rich in a blog written entitled “Healing the Wounds of Your Ancestors” which I felt really sums it up well.

“As you step to the front of the line in your ancestry, the energy they embodied has been passed on and is now expressing as you and those of your current generation in the lineage. As you transform, the energy of the entire lineage preceding you is transformed, for it is all happening now through you, as you. You are the one who can heal old wounds for your entire lineage, forgive old enemies, shift conditioning and beliefs, release pain that has held preceding generations captive for centuries.
This is the gift you bring them, for as they departed, they left behind the residue of their unfinished business, passed down through the ages, held in place by the unspoken family agreement to perpetuate it — that is, up until now. And now it’s your turn. Bringing completion to prior generations and setting up what happens for future generations now depends on you.
You can take this as a burden and decline to answer the call. This is how the wound keeps reproducing itself. Or you can see this as a gift and an honor, an opportunity to contribute to those you’ll never see or know, those who may never know your name. And you can choose to do the work of healing yourself and them.”

This idea of being a good ancestor really resonates with me because I feel that we do have the potential to transform and in doing so, can attempt to heal old wounds for our entire lineage and hopefully release some of the pain that has been caused.

“I don’t see colour” is something that I used to think was a necessary step in ending racism. But that was my uneducated assumption, my white guilt as it were. I had not actually stopped to ask or to listen to what that actually might mean to people of colour. What I have learnt is that by saying and believing that “I don’t see colour” carries unintentional implications.

Today I am selecting a podcast that I listened to last week. Brené Brown has a Podcast series “Unlocking Us” and in this episode, Brené talks to Austin Channing Brown about her anti-racism work, about faith and about how loving each other is transformative. They discuss her book, I’m Still Here: Black Dignity in a World Made for Whiteness, and talk about her online television show, The Next Question.

Brené with Austin Channing Brown on I’m Still Here: Black Dignity in a World Made for Whiteness

Day 4
My children are what some would consider to be “Third Culture Kids”. They were born and raised in Hong Kong, to South African and British parents. Although it is often suggested that this sense of “rootlessness” has negative effects on people, I think that I can speak for my children in saying that they feel fortunate having had the privilege of being immersed in these different cultures. I certainly have learnt a lot from them over the years, and a LOT about my white privilege since they went to school in South Africa. As I mentioned in my first post, I was raised during apartheid and have had to spend many years unlearning (and still am unlearning) the automatic bias and prejudice that was my normal. I listened to another Brené Brown podcast this week with Dr. Ibram Kendi where they talk about racial disparities, policy, and equality, but really focus on How to Be an Antiracist, which is a groundbreaking approach to understanding uprooting racism and inequality in our society and in ourselves. And this is the one that I would like to share you with today.

I am proposing that we be awkward, brave and kind and delve a bit deeper into acknowledging and understanding white privilege. Read an antiracist book, blog or article, listen to podcast, watch documentaries. Educate ourselves. Have uncomfortable conversations. Just stop, listen and hear without getting defensive and assuming that #blacklivesmatter is an attack on one’s whiteness.

Brené with Ibram X. Kendi on How to Be an Antiracist

Day 5
“When you’re accustomed to privilege, equality feels like oppression.”

I am not sure where this quote came from to be honest but it resonated with me. My thoughts on this are that before we can even consider equality, we need to focus on equity.  While equality focuses on creating the same start line for everyone, equity seeks to provide everyone with the full range of opportunities and benefits to reach the same finish line. In order to create true equality of opportunity, equity is needed to ensure that everyone has the same chance of getting there. Focusing on equity means that we recognize that the system has left many behind and we need to actively dedicate resources to ensure that everyone can catch up and succeed at the same level, barrier free.

One aspect of education in South Africa that I did not fully appreciate until recently was that all external examinations from Grade 4 to matric, are set and have to be written through the medium of English or Afrikaans. This is despite South African having 11 official languages and with only 23% of South African citizens identifying English and Afrikaans as their home languages. I wonder how many of us would have got university passes if had to write our matric exams in isiXhosa or Sesotho? Certainly makes me wonder how equitable that is…

Day 6
After a Freedom Day Assembly, the deputy principal at Jeppe High School for Boys, Johannesburg , Kevin Leathem, delivered a powerful speech about white privilege that went viral. It resonated with me then and still does today.

Here is the (long) transcript of the speech for those that missed it the first time:

I am proposing that we delve a bit deeper into acknowledging and understanding white privilege. Read an antiracist book, blog or article, listen to podcast, watch documentaries. Educate ourselves. Have uncomfortable conversations. Just stop, listen and hear without getting defensive and assuming that #blacklivesmatter is an attack on one’s whiteness. I am posting a book that was recommended to me, I have not read it yet but hope to do so soon.

Day 7
This past week, I have posted podcasts, articles, books and videos that have had an impact on me, that have made me feel uncomfortable and take a hard look at my white privilege. I continue to see some friends and even family members post that white lives matters too. Of course they do! All lives matter but that it not the point of this movement. I refer back to my first post where I suggested that we stop, listen and properly hear without getting defensive and assuming that #blacklivesmatter is an attack on one’s whiteness.

“It is not our differences that divide us. It is our inability to recognize, accept, and celebrate those differences.” – Audre Lorde

I think it is also important that we are also able to laugh at ourselves and so today I am posting a satirical take on white privilege by The Kiffness…I hope that it brings you a smile.