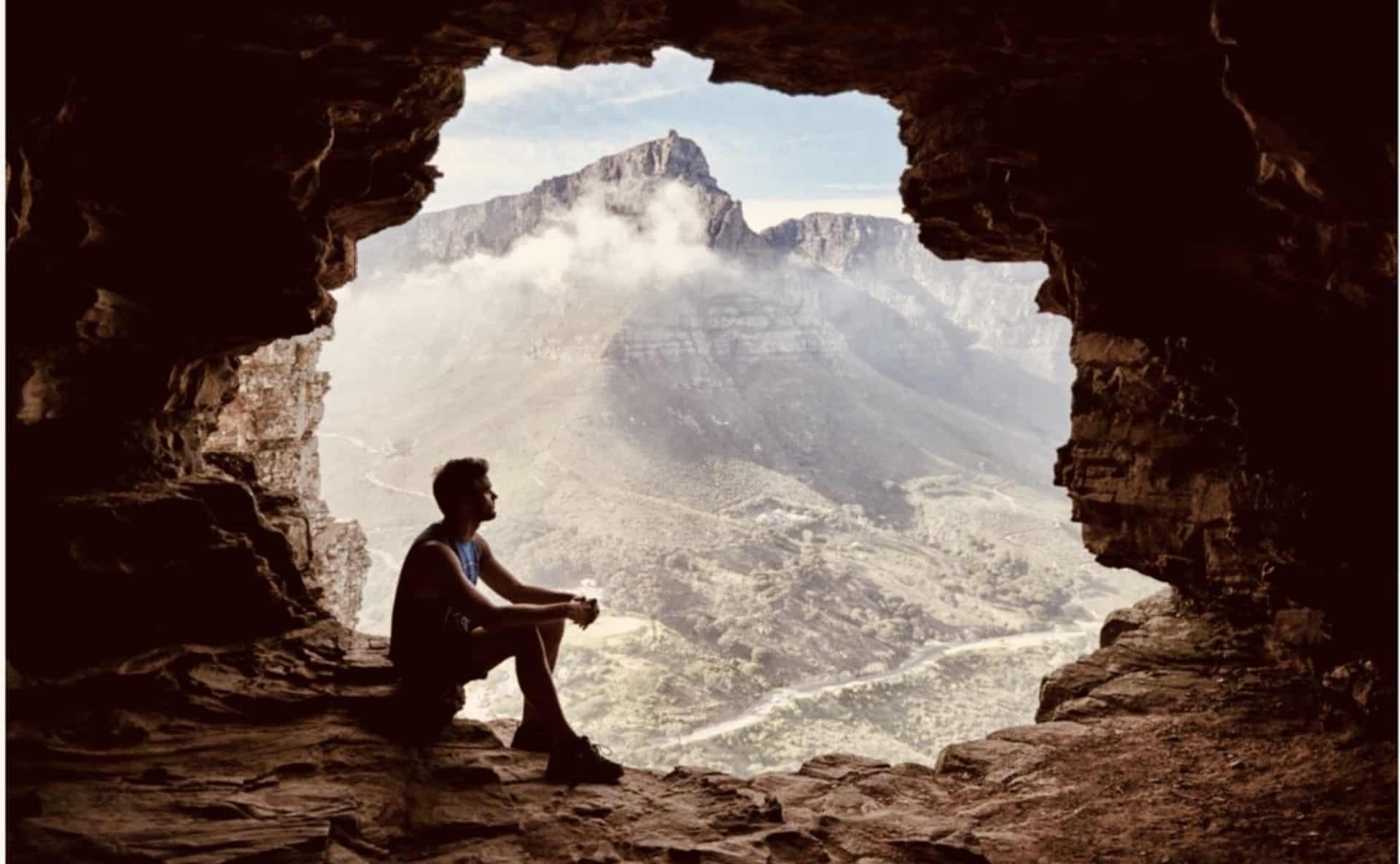 Social constructivism is governed by the following fundamental principles: that knowledge is socially constructed; learners physically construct knowledge and need experience in order to acquire it; and learners create knowledge by forming their own representations or symbols, meanings and concepts through interactions with others, often based upon internalising language that is first in the interpersonal domain (Vygotsky, 1986). While constructivism emphasises the unique experiences and interactions of each person, social constructivism highlights the influence of our cultures on us, shaping the way that we view things in life. Within the social constructivist paradigm, sense is made of the world through an individual’s own encounters and actions. It is recognized that learners actively construct knowledge within a social context, rather than learners being passive recipients of knowledge. Learners then utilise the foundation of their previous experiences as a basis for new knowledge.

Furthermore, this concept of development and learning that is based on relational, dynamic interactions between individuals and their environment, is coherent with our complex, increasingly globalised world. Although perhaps not true for some societies in Africa and Asia, in the Western world, the clear demarcation between societies has blurred, people are communicating and developing together on a more global scale, often working towards a common fate.

Dewey (1938) is often touted as the philosophical founder of social constructivism and the father of contemporary experiential learning. Dewey’s pragmatic approach rejected the dualistic theory of knowledge of modern philosophy and instead adopted a naturalist approach that knowledge results from an active adaptation of individuals to their environment. Educationally, this means that for learners to adapt and learn, they should interact with their environments. However, Dewey believed that learners required some support and structure provided by their teachers; in other words, these experiences should not be totally free and student-led. Dewey contended that a progressive educational approach that allowed learners to have maximum freedom was not the solution to the restrictive limitations of traditional, instructive education; but rather that a balance was needed between the agency of the learner and the structure of the learning environment. He reasoned that experiences had the ability to be educative but only under certain conditions; otherwise they may become mis-educative.

Dewey (1934) also suggested that empathy and effective self-regulation were fundamental skills which ought to be taught and practiced within an educational environment. He maintained that, rather than prepare a learner for a fixed goal, educators should encourage learners to grow and develop and to mentor them to continue this growth through into adulthood and on into the unpredictable futures they are likely to face. It has been suggested that Dewey’s view on the educational system was that it should be devised to educate people about the world in which they live, how they fit into that world and thus provide them with skills to enable them to contribute to that world.

Dewey maintained that science and philosophy are rooted within the contexts of cultural practice. He proposed that a learner’s experiences stem from two principal sources: the learner’s amassed past experiences and the interaction between past experiences and the current situation. Dewey disputed the fragmentation of knowledge, being ardently in favour of a more interdisciplinary holistic approach, where learners are able to explore their environments, while advocating that teachers be familiar with the conditions of the local community including the physical, historical and economical aspects, so as to use them as educational resources.  OAE, grounded in the theory of experiential learning, is well placed to provide these experiences for learners. This is similar to Vygotsky’s (1978) sociocultural theory whereby the internalisation of meaning related to past interactions and experiences of the learners combine to uniquely affect their current and future experiences.

In the early twentieth century, Vygotsky, a Russian psychologist, established a developmental learning theory known as the Sociocultural Theory of Cognitive Development. The main assertion of this is that children are embedded in different sociocultural contexts and that their cognitive development is enhanced through social interactions with more skilled individuals.

Vygotsky’s sociocultural theory incorporates and emphasises the role of other people and the specific cultural-historical milieu of the learner in the development of understanding. Paramount to this theory is the social nature of learning and the importance of communication and interactions with others. Vygotsky suggested that learning and development cannot be separated from the social context in which these are embedded. Believing that children actively construct knowledge, sociocultural theory can be considered as one of the foundations of constructivism.

Vygotsky (1962) introduced the concept of the ‘zone of proximal development’ (ZPD), which refers to the area where skills, knowledge and abilities are within the learner’s reach but not yet mastered. However, with an appropriate amount of mediation or assistance, learners can successfully accomplish what is required of them. Although the ZPD was already referred to in the 1962 translation of Vygotsky’s Thought and Language, he advanced this idea further in his book: Mind in Society (Vygotsky, 1978).  In his own words, the ZPD is “the distance between the actual developmental level as determined by independent problem solving under adult guidance or in collaboration with more capable peers” (Vygotsky, 1978, p. 86). Thus the roles of others in assisting learners are important.

Vygotsky (1962) argued that successful learning experiences occur when they are delivered within the learners’ ZPD: if the task is too easy and learners are not sufficiently tested, development may not occur. Equally, if the challenge exceeds the learners’ abilities or comfort zones, the learners may disengage or partake in maladaptive behaviour. Other researchers have expanded the notions of the means of enhancing development in the ZPD via ‘learning with assistance’ or mediation. While Some researchers reiterate that the ZPD is created during the course of social interaction and peer collaboration, while others assert that the difference between actual and potential levels of development is not merely a reflection of an individual’s own cognitive potential, but is also a measure of the influence of the cultural framework supporting that learning.  Learning with assistance is, therefore, inextricably bound within sociocultural contexts – a notable departure from considering learners as isolated individuals, succeeding or failing on their own.

More recently it has been suggested that the fundamental purpose of education, from a Vygotskian perspective, is to ensure that learners remain within their own ZPDs as much as possible. This is achieved through learning that is interesting and culturally meaningful, and that problem-solving tasks are slightly more difficult than those they are able to do alone. As such, learners will need to work together with more competent peers (or with a teacher or adult), in order to succesfully complete the task. The premise of this approach is that once learners have completed tasks cooperatively, they will be more likely to complete that task individually on the next occasion, thus effectively raising the learner’s ZPD for that particular task.

Adolescent development, particularly social and emotional development, does not exist in a vacuum but is rooted within the social, economic, cultural and political framework and across the passage of time. Developmental psychologist, Urie Bronfenbrenner’s book, The Ecology of Human Development: Experiments by Nature and Design (1979), argued that established models of human development, overlooked the vital influence of biological factors on psychological growth. He proposed that rather than considering the developing child as a “tabula rasa on which the environment makes its impact” (Bronfenbrenner, 1979, p. 21), development is a dynamic, reciprocal interaction between the individual and the environment; an environment that is not limited to the immediate surroundings, but encompassing the interconnections between different settings as well as the external influences from the broader realms.  Unlike most developmental theories of that time, where the focus was on a specific domain such as cognition, social or biological factors, Bronfenbrenner (1979) emphasised the interrelationships of different domains, their progression and their contextual variations.

Bronfenbrenner (1979), one of the first psychologists to adopt a holistic approach to human development, initially formulated Ecological Systems Theory, demonstrating how development is influenced by four ecosystems, each nested within the others: the microsystem; mesosystem, exosystem and macrosystem. (Please see table below for an explanation of the systems, which are listed from closest to the individual to the furthest).

Over the next few decades, Bronfenbrenner and colleagues systematically developed the ecological systems theory to become what is known as the bioecological model. Within this model, it is the person and not the environment that is at the center. A fifth system, the chronosystem was also introduced into the bioecological model, referring to the ways that individuals and their environments change over time. Further evolution of the theory placed an emphasis on the processes and role of the biological individual, with the Process-Person-Context-Time (PPCT) model becoming the foundation of the ‘mature’ bioecological model of human development.

Positive Psychology and the Theory of Wellbeing

Positive psychology is essentially considered to be the science of optimal human functioning or wellbeing. Although Seligman (1999) has been credited with the development of the positive psychology movement, the term was in fact referred to by Maslow (1954) in his studies on motivation and personality and can arguably be traced as far back as Aristotle’s concept of eudaimonic wellbeing. Seligman’s (2002) notion of positive psychology began as the study of emotions, feelings and positive behaviours with human happiness as the final goal. In his later PERMA model, he suggested that positive emotion, engagement, relationships, meaning and accomplishment are measurable elements of wellbeing (Seligman, 2011). The aim of positive psychology was to redress the imbalance of the existing medical model of psychology that had been prevalent since the second World War, which focused on healing the ‘diseased’ mind to building strength in treating and preventing mental illness.

The use of positive psychological concepts in the field of education has been expanding over the past two decades as a means to deal with the mental health and learning needs of the youth. Character strengths (Park & Peterson, 2006), along with gratitude (Froh, Sefick, & Emmons, 2008), flow (Csikszentmihalyi, 1990), hope  (Snyder, Lopez, Shorey, Rand, & Feldman, 2003),  grit (Duckworth, 2016), and spirituality (Koenig, 2010) are examples of concepts studied and applied to education of the youth. Additionally, a resilient learner is able to work through challenges by using these personal strengths and resources and develop protective coping skills to deal with future adversities.

Developing these positive psychological concepts in education offers a way of generating learning environments and experiences that augment the learners’ greatest resources: their natural strengths and talents. This strength-based approach to education encourages learners to intentionally use their talents to overcome obstacles and achieve success in any environment in which they find themselves.

Dewey, J. (1916). Democracy and education: An introduction to the philosophy of education. New York: Macmillan.

Duckworth, A. (2016). Grit: The power of passion and perseverance. New York, NY, US: Scribner/Simon & Schuster.